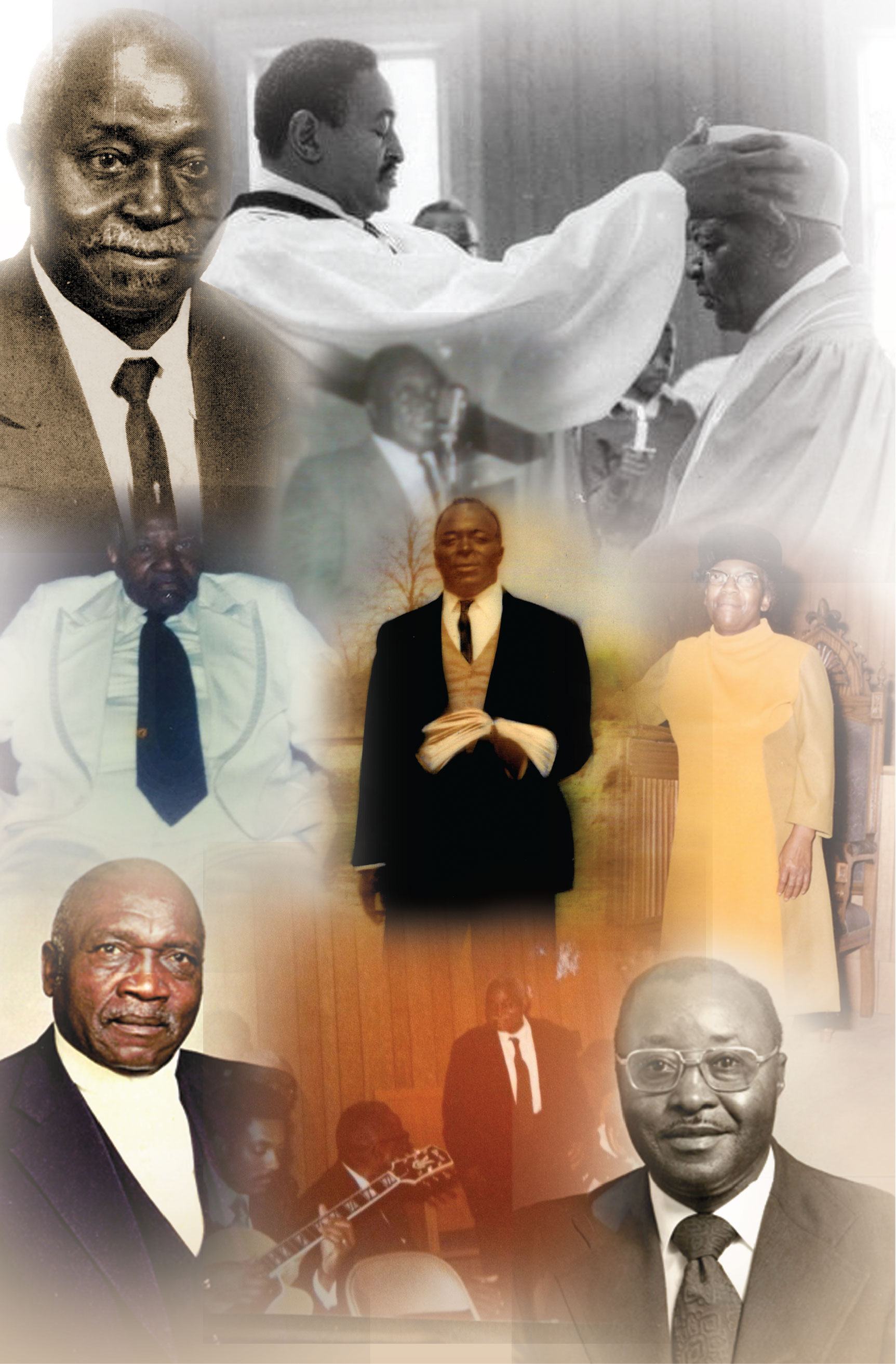 Our Birth
1972 to Present Day
Tribute
Our Birth

The Apostolic Faith Church of God, Live On, INC., was born from the mother church which was called the Apostolic Faith Church of Handsome, VA. This church was identified with the Pentecostal Union, but later the leaders began to study the doctrinal teachings of Sam Drewery on sanctification and holiness and a life free of all sin. During the time of the early stages of the holiness churches in Virginia, there were no Elders and Missionaries setup in the church. But as time moved on, in the year 1905, there was a mighty move of the Holy Spirit in Virginia. Mother Mattie Branch was one of the first to receive the baptism of the Holy Spirit. This powerful move of God was strange to many people and it needed to be identified. Some had heard of the same thing happening in California so they sent for a man by the name of Bishop William Seymore from Los Angeles, California to come out and shed some light on this event. He brought the doctrine of holiness when he came. When he arrived, he did not have access to a church to hold his meetings but he set up meetings in bush harbors where he would preach and teach the Gospel. He also set up home prayer meetings. In these meetings people were saved, filled with the Holy Ghost, and spoke in tongues as the Spirit gave them utterance.

During that time, there were three men whose names were Charles W. Lowe, Willie R. Rose, and Edd Evans who decided to build a church in the community of Handsome and call it the Apostolic Faith Church, known today as the Rose Of Sharon Worship Center. In the latter part of 1905, the late Elder Charles Lowe, being the owner of some land in Handsome, which was called the “Hands Farm” across the swamps, decided to build a church. They built the Apostolic Faith Church and left Elder Rose as pastor. In 1926, God moved upon Elder Rose to start another church, which is known today as the East End Church of Franklin, VA, where Bishop Steve Willis now pastors. The pastorship of the Apostolic Faith church was left in the capable hands of the Late Bishop Willie P. Cross.

As the Mother church, Rose of Sharon, went through changes and growth, so did the body of churches that she gave birth to. Bishop Seymour helped organize this church body and it was affiliated with the Apostolic Faith Mission in Los Angeles. Bishop Seymour did set Bishop Charles Lowe as the leader of the daughter organization known as the Apostolic Faith Church Of God.

In the year of 1952 a few pastors found it necessary to appoint Elder Jesse Handshaw Sr. as Senior Bishop, along with Vice Bishop W. P. Cross and Elder R. T. Butts as the General Overseer. We were then organized as the Apostolic Faith Church Of God, Live On.

In 1972, Elder Richard H. Cross Sr. succeeded his father as the Vice- Bishop. In 1980, Bishop Jesse Handshaw Sr. expired and Bishop Richard H. Cross Sr. was installed as the Presiding Prelate and Chief Apostle and Elder James Rodgers as Vice-Bishop. In 1992, the Board of Presbytery appointed Overseer Butts as the first Honorary Bishop and Elder Jesse Handshaw Jr. as his successor as the General Overseer. Vice-Bishop James Rogers resigned his position in 1994. In 1995, Elder Charlie Collins and Dr. Richard H. Cross, Jr. were consecrated as bishops and installed as vice-bishops over Internal and National Affairs, respectively. In 2002, Elder Samuel Hall was selected as vice-bishop of internal affairs replacing Elder Charlie Collins. Then, some time later Elder Samuel Hall was replaced by Elder Calvin Hanshaw, Sr. In 2003, Elder Calvin Hanshaw, Sr. was consecrated and installed as vice-bishop of Interior Affairs, which later changed to internal affairs.

Over 65 Years of existence speaks not only to the longevity of Live On Ministries but also to the integrity of the leaders, both past and present. We pause to pay tribute and to offer homage to our former leaders who lead with the heart of God. Their incredible leadership, steadfastness and determination was absolutely second to none.

They certainly laid a strong foundation thus paving the way for those to come. We can only imagine the opposition that many faced due to their strong stance against the kingdom of darkness. They were the fore runners, the road pavers and the kingdoms builders who would affect this organization, and beyond, for many years to come.

We salute their tenacity, strength, courage, and faithfulness to be able to endure while remaining strong in their commitment to the gospel of Jesus Christ. So many have transitioned to a place of rest, but yet, we remember and appreciate the sacrifices of love that was sown to make this organization what it is today.

We are grateful for our First Presiding Prelate, Bishop Jesse Hanshaw, our First Vice Bishop, Bishop Willie P. Cross, our First National Mother, Mother Armetha Blow, and our first general overseer, Bishop R. T. Butts. We could not exist today with out having a first.

As we pay tribute, we dare not forget the other leaders who have served this great organization. Their time, effort, tears, prayers and commitment is forever etched on the tables of our hearts. We will forever set the memorial stones as a reminder that YOU were here to push this great body into our place of purpose. YES, WE WILL ALWAYS REMEMBER!