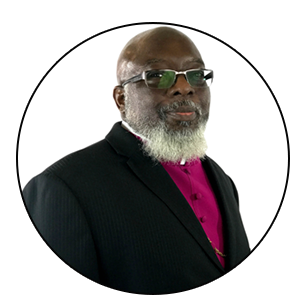 Apostle R. H. Cross, Jr  serves as the Vice-Bishop of National Affairs and as the Vice Prelate of Live On Ministries.

With over 25 years of ministry, the calling upon his life has resulted in many healing and miracles, deliverances of demonic oppression, and many other demonstrations of the Lord’s Power.

Apostle Cross has served nationally and internationally as a pastor and currently serves as the lead pastor of Rose of Sharon Worship Center and Greater El Bethel Deliverance Center with his wife, Prophetess Freda Cross, and family who plays an integral part of his ministry 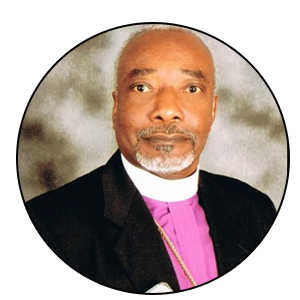 Bishop Calvin L. Hanshaw, Sr serves as the Vice-Bishop of Internal Affairs under Live On Ministries. He is married to First Lady Jeneam Hanshaw and they are both loving parents and grandparents.

Bishop Hanshaw was called to the ministry in 1985. In 1995, he became the Pastor of House of Prayer, now known as Agape Worship Center. In 2004, He was consecrated and installed in the office of the Vice Bishop of Internal Affairs for the Apostolic Faith Church of God Live On. Bishop Hanshaw desires to hear the Lord say,  “well done thou good and faithful servant”. 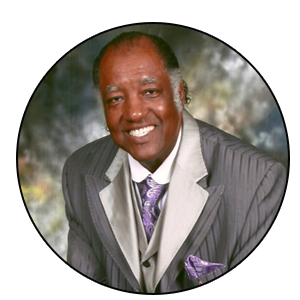 Bishop William A. Watson, Jr. is a newly consecrated bishop under Live On Ministries.

He has studied and served faithfully unto the Lord since 1978. For the past 35 years he has faithfully and proudly served as Pastor of the St. John’s Baptist Church, Westbury, NY and was called to pastor Free Will Baptist Church, Freeport, NY in 2009. He received an Honorary Doctoral Degree from All Christian Bible College in 2005.

Bishop Watson also served as First Vice President of the Long Island Conference of Clergy for 19 years and in 2016 he was elected as the second president in the organization’s history. In that same year he became one of the founding members of the Black Jewish Coalition for Justice (BJCJ).

During Live On’s 66th Holy Convocation Bishop Watson was consecrated and will be installed as jurisdictional bishop of Live On’s New York Diocese in December 2018.